A Marine from Midlothian was one of at least 5 Texans among the 31 service members killed in Iraq when their helicopter when down on Wednesday.

The parents of Capt. Lyle Gordon, who was born on Sept. 11, 1974, said his involvement in the fighting in Iraq was all about protecting his homeland.

“We think he was the best kid that ever was,” said father Dickey Gordon.

Yellow ribbons welcome visitors to the home where Gordon grew up.

“He always, from a little boy… he always talked about flying,” mother Mary Gordon said.

Gordon was one of two pilots of the chopper that crashed on its way to deliver 30 Marines on a mission to train Iraqis to protect their polling places during the upcoming election.

At Midlothian High, Gordon is remembered as one of their best.

“He was the type of guy who, whatever he wanted to do, he was going to excel at it,” said former baseball coach Roonie Clanton.

And when local students sent Christmas gifts to Iraq, it was Gordon who volunteered to deliver them.

“Every time he’d fly to a different place, he’d take a box with him,” Mary Gordon said. “He was passing out Christmas all over the place … all over Iraq.”

But it’s more than memories that keep his family going.

“I know where my son is, and I know that he could have come home in a wheelchair paralyzed and had to live 35 or 40 years an angry man,” Mary Gordon said. “God saw fit not to put us through that.”

As they reflected on their son at home Thursday, Gordon’s parents sat in a room surrounded by angels. Now, they believe heaven has quite a few more.

“We want the other parents of the other 30 on that ship to understand and know our prayers are with them,” said Mary Gordon. “We feel their grief, and their sons are heroes.”

The Pentagon said victims of the helicopter crash also included these other Texans: 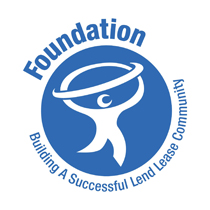 November 16, 2004
Old Maroon member, James Hubby, continues to play for the Air Force Armed Forces squad and helped them win their 3rd Armed Forces Rugby Championship in 5 years, by defeating Navy 23-12! James Hubby plays Center and Wing. He is 3rd from the left on the front row sitting down. He has been travelling with the team for the last 4 months and continues to play for them now.