Remember to keep up for info on the 50th Anniversary Celebration in conjunction with the t.u. match (March 2018)! 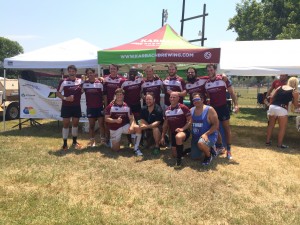 The league has issued a new league requirement that all hosting teams must provide Touch Judges and Assistant Referees for matches.

Please see the information below if you would like to touch judge or assistant referee any Aggie Rugby home matches this upcoming season. They are offering FREE training/certification in Allen, TX at the end of the month, but if you get certified online, Old Maroon will reimburse your certification cost with the commitment that you will touch judge or assistant ref a minimum of 2 Texas A&M home games this upcoming season.

You can either donate your time and travel to the club for each trip OR you can elect to be paid gas reimbursement + $25 per match by the boys.

If you are interested, AT ALL, to attend any Aggie Rugby matches this season, please consider this opportunity. Email me if you’ve been certified (bpellerin@carltechusa.com) so that I can connect you with Craig Coates, the Director of Club Operations, who can help coordinate with you on particular games you would like to work.

Here is the original message:

For the upcoming 2015-2016 competitive season, all teams will be required to provide certified Touch Judge or Assistant Referees for all home league matches. TRU is offering FREE TJ/AR courses at the TRU Summit in Allen, TX on Aug 29-30, 2015.

The TRU Board highly encourages all teams to send representatives to the Summit in order to be certified. If teams cannot attend the TRU Summit, teams must provide proof of online USA Rugby Course Certification (cost $30).

Register for the FREE TJ/AR Courses at the TRU Summit.

Old Maroon members – please send in any pictures or commentary you may have regarding notable Texas A&M Rugby or Alumni in the rugby community. I will be sending out monthly newsletters.

Texas A&M Rugby has officially wrapped up its Spring semester and season and Old Maroon has just received our slick jersey order in; we are gearing up for a summer of Social 7s.

In XVs, the Aggies went 4-1 in the Red River Rugby Conference, losing only to Oklahoma. The boys did not advance to play-offs; however, it was later discovered that OU had at least one ineligible player in our match with them so that match was forfeited. The Aggies effective record on the year was 5-0 and they’ll be aiming for that mark next year to earn a play-off berth.

The Southwest Conference is made up of Texas A&M, Rice, SFA, Texas State, U. Houston, and UNT. I will have more details on what separates the RRRC from the SWC later.

They earned a trip to Nationals for their play and had a tough Day 1, losing 3 matches to Arizona State, Cal Poly, and Iowa. On Day 2, they began their quest for the Shield and results improved with wins over Stony Brook and Nevada, but they ended up losing in the Shield Final by 2 to Bowling Green.

Braeden Hood was selected to the Junior All-Americans to face Canada in March for the Junior World Rugby Trophy. While the Eagles failed in qualifying, representing the University at a national and global level is a tremendous accomplishment. Congratulations are due to Braeden.

In conference representation, the Red River Rugby Conference coaches have named the following Aggies to the All-Conference XVs team:

The Southwest Conference has named the following Aggies to their All-Conference 7s Team:

A special thanks to Award Donors in parentheses. Still need 2 more award donors ($300/award). The proceeds cover the fall dues for returning players OR makes the first Alumni donation in their name upon graduation.

Congratulations on the new seats, boys. Good luck next season!

I would encourage us to all offer a big thank you to our coaches and staff this year. A special thanks goes to Johnny Smith, who will not be re-joining the staff next year to focus on other family and personal endeavors. Johnny – thanks, as always, for your support and service to the club.

Old Maroon will be playing some Social 7s this summer for the following dates; PLEASE CONTACT ME if you would like to play in any of these tournaments.

If you’re just at a tournament to relax, stop by the tent and meet some Aggies, current players and former. We should have a few free refreshments for you from one of our sponsors.

We would like to thank our gracious sponsors this 7s season for the slick jerseys and additional beernefits:

Other thoughts – where is Texas A&M Rugby headed?

Lately rugby has been evolving rapidly and it seems like there are multiple, high-value entities making waves to push for highly-competitive venues throughout the U.S. At the Men’s Club / “Professional” level, you see the NRFL trying to break the Professional league game into this market, while they are not affiliated with USA Rugby, this country’s governing body.

At the collegiate level, you see several entities creating different competitions and you see situations where there’s a USA Rugby-sanctioned 7s National tournament (in which we just competed) and the, perhaps more well-known, College Rugby Championship 7s Tournament (CRC). And that’s just for the 7s form of the game.

However this all shakes out, the most consistent indicator of whether or not a team becomes and remains a nationally-competitive program (regardless of the governing entity) is full-time coaching. We have all heard the suggestions from the depths of our ranks and they have been heard. We are working through conversations to leverage the financial and networking horsepower of Old Maroon to make such a financial commitment more of a possibility. I don’t know exactly what that looks like, now, but I will keep you updated. I will be reaching out to some of you as we go, but if you have any questions or suggestions, please give me a call or shoot me an email.