Old Maroon has been trucking along with a bit of fun this summer. Let’s get to some updates:

Old Maroon plays 7s… seriously, but in a social setting.

Supplemented by athletes at the height of their collegiate physiques, Old Maroon has been playing some 7s this summer. Here’s some proof: 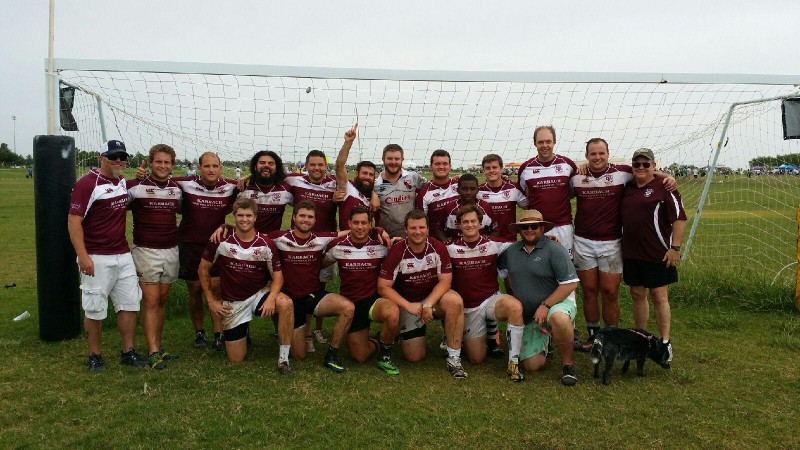 With a generous supplement of able-bodied Texas A&M players, Old Maroon earned a consistent record of 1-1-1 in pool play before being defeated by a scrappy Midland Mad Dogs team, led by an actual Old Maroon player. Despite a certain Scrum-Half’s optimistic (and lonely) hand-gesture, the side settled closer to the middle of the pack, rather than WINNING IT ALL. 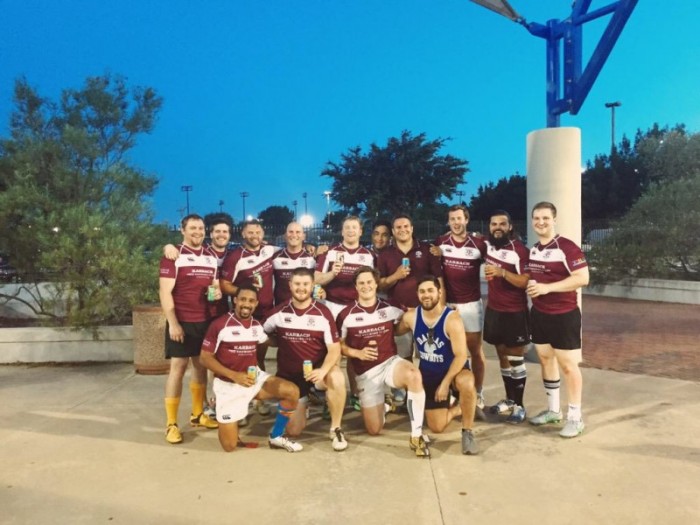 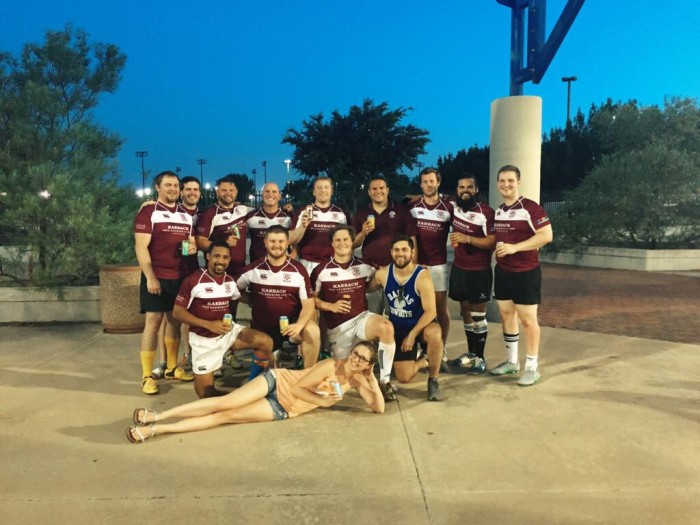 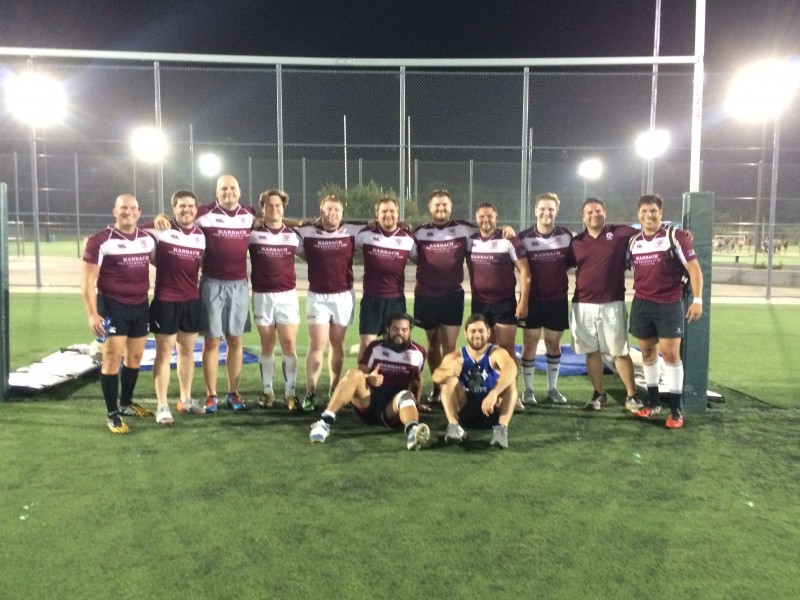 Cowtown 2015 – boys under the post after a long evening

With unforgiving, technology-driven field conditions, the former Ags warmed their bodies up to maintain their consistent 1-1-1 pool play showing. Earning 2 Draws in a season is certainly rare, but Old Maroon has proven it’s up to the task.

July 18 – Cherrybone 7s Tournament, hosted by The Woodlands. You can keep up with Old Maroon correspondence regarding the event here and visit the tournament’s Facebook correspondence here.

August 15 – Space City 7s Tournament, here in H-Town. Keep an eye on this one as the leading beer guys are very friendly to us.

November 21 – OLD MAROON WEEKEND will feature the first inaugural Chancellor’s Cup. This is a 7s Tournament among all Texas A&M University System 7s squads. In addition, we will be auctioning off, our slick new jerseys: 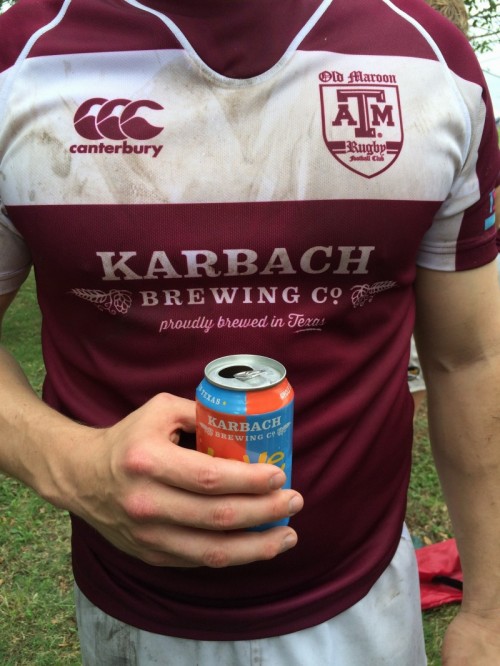 and we’re hoping to include an Old Maroon v. Texas A&M XVs fixture and an Aggies v. Vandy Football watch party, depending on timing around the Cup.

Please keep an eye out for an email regarding the formation of an Old Maroon Advisory Board. The purpose of the board and responsibilities will be explain in that message and I will be asking for Nominations.

Sponsor plugs – As always we want to thank our sponsors/donors that have pitched in to help us spread the word, up our competitive edge, and ultimately, offset the cost of playing rugby for Texas A&M.